A step by step guide to denying blame,

and other coping strategies. 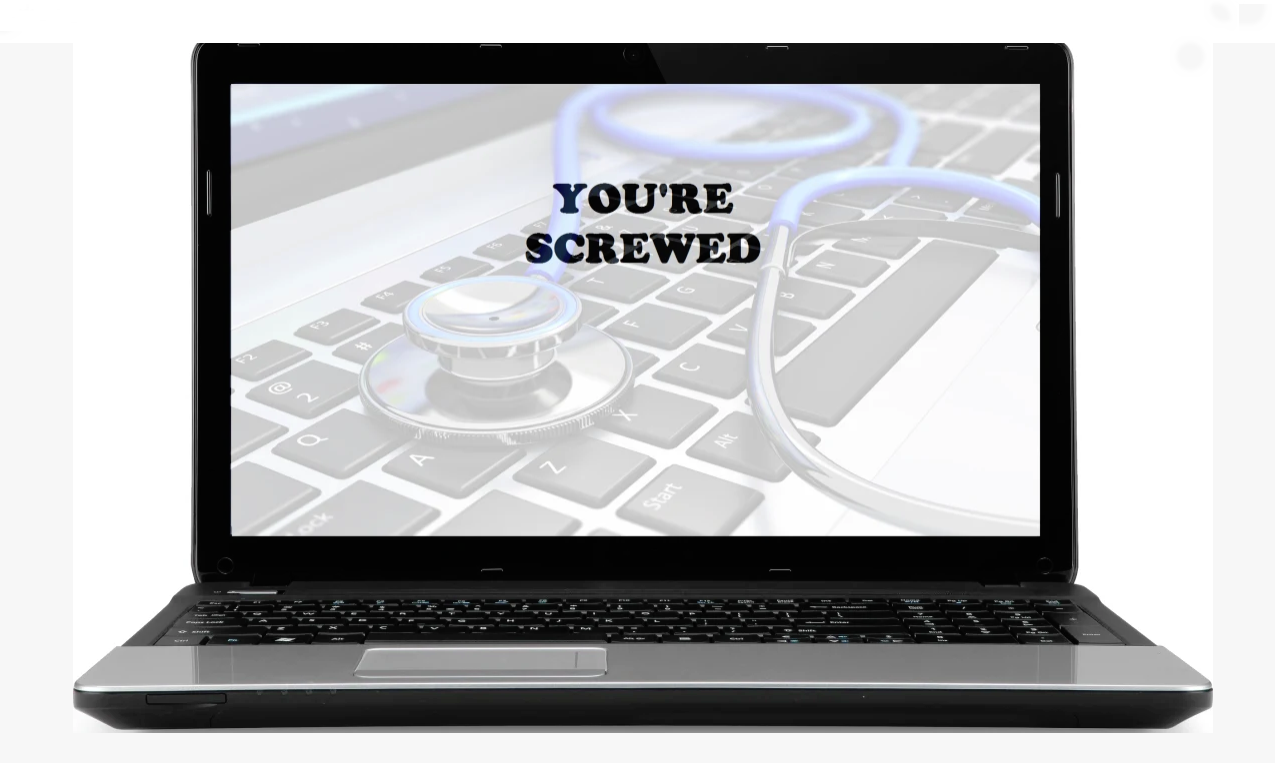 It’s every busy person’s waking nightmare, potentially causing untold stress and hardship and striking fear into the hearts of even the most resolute. No, it’s not the cancellation of The Walking Dead. Even worse, it’s when your laptop isn’t functioning as it should or has unexpectedly stopped working altogether! In this article, I’m talking mainly about the hardware side of things. Hardware – that’s the actual machine itself and its internal organs rather than the software that drives it. Software… now that’s a whole other thing to ponder another time.

The first steps toward crisis management are the obvious ones, so try not to think about a bullet to the mainframe just yet.

• Make sure the power is connected properly, and/or that your battery is fully charged. Determine exactly what you were doing when it stopped working, or when you first did something out of the ordinary. It could be as simple as kicking out the plug or opening a file containing the latest malevolent virus.

• Computers are averse to liquid of any kind, but sticky liquid in particular, so rule out the possibility that you haven’t anointed the keyboard with that glass of red wine you were sipping after a long hard day in front of the screen.

• Try a reboot if possible, or a hard reboot (turning off the power source and turning on again). Sometimes computers, like grandparents, like to go to sleep for no apparent reason. If it still won’t work, hold off on the panic for one more minute.

• Place your hand under the laptop. If you suffer second-degree burns, you can pretty much assume that it was running a bit hot. This could mean the fan inside your laptop is broken, which is easily fixed. Test the theory by leaving it for a while, or even placing it inside the fridge to cool it down, then try turning it on again. Good luck.

• Once you’ve determined that fixing the situation is out of your control, you’ll need to walk away and take a few deep breaths. Another slug of wine, or a calming cup of tea could be useful at this point while you take stock of your options.

Finding a laptop repairer online won’t be easy at this point, seeing as your laptop isn’t working, and connecting to the internet is not possible on that machine. If you have another computer or Smartphone in the house, or can in some way Google ‘Cheap laptop repairs’ in your area, you can start sifting through the 5-million plus results. Alternatively, beg, steal or borrow a Yellow Pages (that’s a hard copy version of a search engine) and start turning pages. 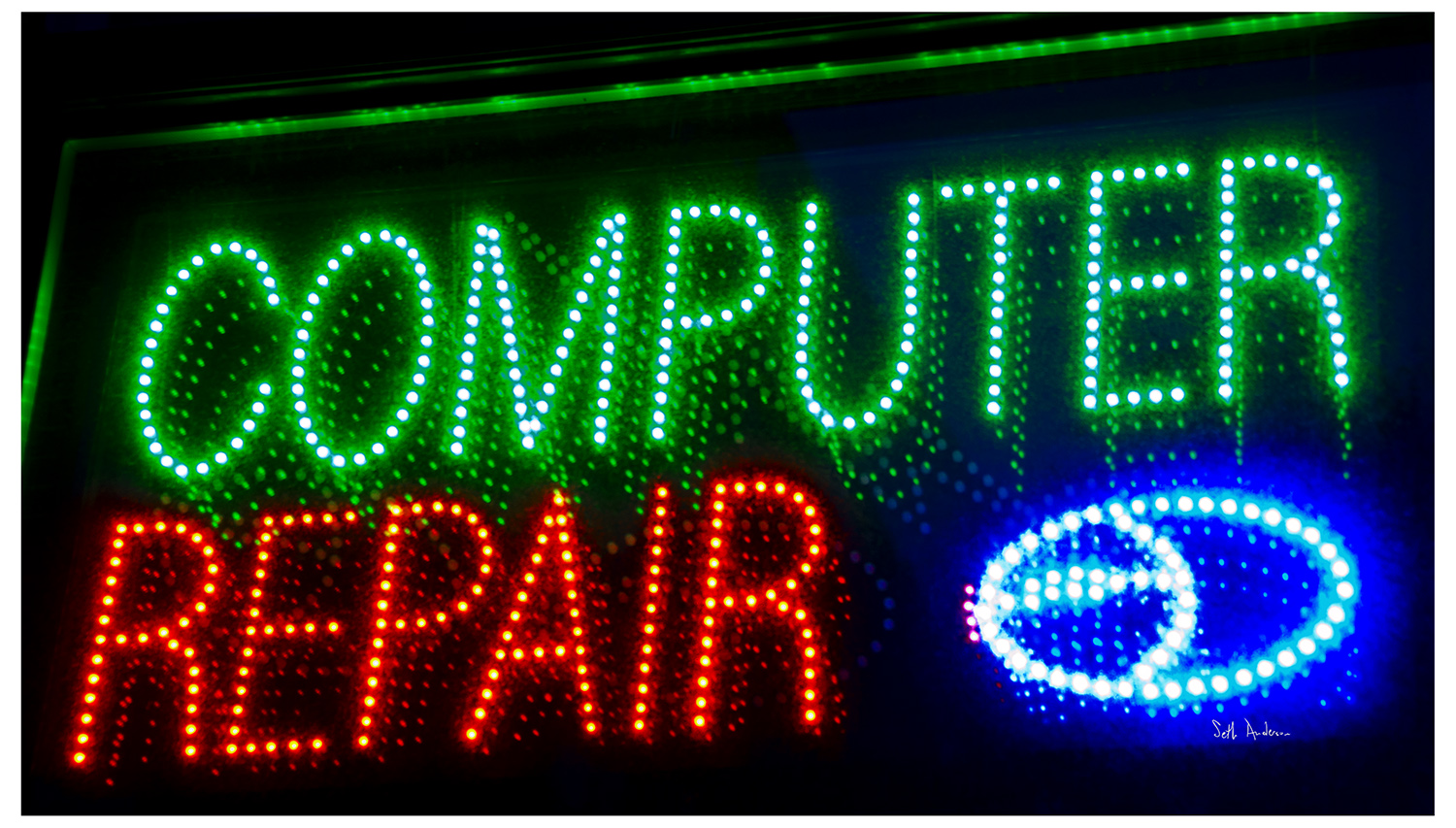 When you find a couple of repairers that seem kosher, you’ll need to get quotes. Start by scribbling down a spiel for yourself. Take the time to work out exactly what you’ll say to them about what went wrong, and when. This won’t be easy as you’ll be upset, and tempted to blurt out phrases like ‘it was working fine until I went to make myself a sandwich…’ This is of no use to a laptop repairer because you’re there with your broken computer, and they don’t care.

A few tears of anguish could help, just in case you’re speaking to someone who has a heart, but mostly your computer repairer will want to get to the point and deliver harsh probabilities and cruel possibilities. They can’t help it – it’s a type of psychology learned in computer geek school. They’ll usually tell you, in their geeky monotone voice that it’s ‘probably your motherboard’, or ‘sounds like your hard drive’. They’ll give you scary scenarios like ‘we may not be able to recover your data’, ‘it could be a deadly virus’ or ‘you may need a new computer’.

They’ll ask the dreaded question ‘have you backed up?’ To which you will probably answer ‘not for a couple of years’. Your nosey repairer will then also ask if you have anti-virus software installed on our computer, and your moot reply of ‘I’m not sure’, or ‘Yes but the trial version expired six months ago’, will only serve to accelerate your encroaching depression. There will be some heavy sighing on the other end of the line. Try not to take it personally, or let them make you feel guilty. Computer repair folk, like some doctors are not very tactful when it comes to bedside manner, but it’s not that they take delight in your misfortune. It’s just that they can’t help being judgemental about things that are second nature to them, like saving things to clouds, and employing heavy duty virus fighting arsenal, and installing regular updates to things. These are all issues you care little about – you just want them to diagnose you over the phone, and give you the least tragic option.

No matter what the scenario, this is going to cost you money, so you’re much better off to think the worst. Start the grieving process as early as possible, then if it turns out to be not as bad as you thought, you can celebrate appropriately. But for now, you’ll have to deal with taking your beloved laptop to someone you don’t know, entrusting them with all your precious data, and hoping that you’ll come out of this without suicidal thoughts and an empty wallet.

Trying to get an estimated time that you can expect your fully functioning laptop back on your lap is nigh on impossible. They’ll tell you that it could take anywhere from one day to one month, and as this tragedy is all part of growing up, you’ll need to cast aside any naive ideas about getting it back in under three weeks. Compile a list of the people to whom you’ll need to make excuses for being unproductive for the next few weeks. But be careful not to include the people you’ve already used that excuse on last time you went AWOL.

A malfunctioning laptop can virtually de-rail your life due to missed deadlines, loss of repeat business, missing your turn on Words With Friends, and of course, the cost of repairs or replacements.

This pernicious piece of machinery can turn a happy day into a nightmare without blinking a cursor. So, no matter what the outcome, you’ll vow to be more diligent and respectful in the future, won’t you… 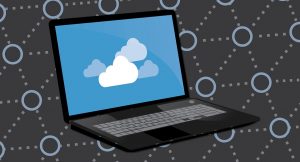 I don’t need to backup – nothing will go wrong.

When in Budapest, you’d be missing out on a unique and quirky experience if you didn’t visit a ruin bar.…
From the moment her seed sprouted into life inside me, I could feel her tendrils growing.  Day by day, creeping…
Restaurant menus are like blurbs for real estate properties.  Colourful, descriptive and mostly unintelligible language used with flourish to sell…
wpDiscuz