‘What’s the matter, Ed, you look a bit queasy. Maybe you should go easy on those donuts…’

‘His head is…it’s all…there’s nothing there…’

‘Yeah, well you get that with a 12-gauge shotgun. Don’t tell me this is your first suicide?’

The crime scene photographer stumbled to the door, gagging, while detective inspector Mick Green stared hard at the bloodied thing on the ground, that was once a man. His stomach had stopped churning at the sight of near headless corpses a lifetime ago. The steely door that prevented his emotions from contaminating his resolve, slammed firmly shut. He wanted to remove the stiffened fingers from the trigger and cover the bastard up, but he knew he shouldn’t until Ed got his damned act together and took the photographs. Weak-stomached prick. He should go back to taking pictures of rich bitches’ tits for the social pages.

Mick hunkered down next to the body. Wearing rubber gloves, he used his tweezers to pick up the blood-spattered piece of paper next to the body. The note. Cases like this, the fuckers always left a note, and always in an obvious place. To add to the drama maybe. Or absolve themselves from the guilt, or whatever. Mick shook his head. He knew what it would say, or the gist of it at least. But he read it anyway.

I don’t have words that can adequately express how sorry I am. I hope you won’t hate me.

A bit late for that now don’t you think, asshole?

When a man can’t provide for his family any more, there’s not much left. I’m sorry about everything. I should have sought help about the gambling, but it had gone too far. And then I couldn’t live with myself for what I’d done to you and the girls. To us. I don’t expect you to understand, but I can’t cope any more. I’m weak. I don’t deserve to live. I was nothing but a burden to you all. Your life will be better without me.

Yeah, Bev, you and the girls will go on living…well sort of. You’ll live with the knowledge that your old man was a selfish coward who gambled away the family savings, left you all destitute, then switched out his own lights. And the icing on the cake, thanks very much, is that you can’t claim life insurance in suicide cases – that’s supposing he even had a policy.

I want you to know that I love you all dearly. I hope that after a while, you and the children will forgive me and get on with your lives.

How so, you demented bastard? What’s Bev supposed to say to the kids when they ask what happened to daddy? Oh, sorry girls, daddy ruined our lives, but he was too scared to own up to it, and too weak to do anything to fix it, so he blew his brains out. It’s what naughty daddies do when they fuck up.

Mick dropped the bloodied note into a plastic bag, not caring that he’d disturbed the evidence. He knew this wasn’t a crime scene anyway.

He fought to control the flame under the anger that was on constant simmer inside him. He’d been wrestling with it for nearly a year, and he was getting tired.

Annie. She was his one and only love. Nobody had ever come close. Corny maybe, but true. She was the soft cloth that polished his rough edges. For 30 years, she’d stood beside him through everything. Sickness and health, good times and bad – like the priest said on their wedding day. She’d kept up her side of the bargain, no question about it. He wasn’t so sure whether he could say the same, but he’d tried hard.

His ascension through the ranks of the NYPD had been a hard climb, but her gentle hands had adjusted the straps of his ego without him knowing it. She’d righted him when it looked like he might fall, embraced his foibles and mopped up his spilt misgivings with that quiet, knowing way of hers.

Dear Annie. So wise and sweet. She would have made the world’s best mother.

For the one-millionth time, Mick tossed over in his mind the questions to which he knew there were no answers. What did Annie ever do? She was born with a womb, just like all those other whores and junkies and welfare suckers who spit out babies as though they were taking a big crap once a year, then abandon those babies, or worse still, beat them senseless. He’d seen it happen around him nearly every day.

Annie was full of love. But the good Lord, in his infinite, divine and all-knowing fucked-up wisdom decided that rather than a baby growing in her womb, she should have a bouncing big cancer to nurture. So, after a hysterectomy at the tender age of 25, instead of experiencing the joys of motherhood, Annie got to experience the wonder of early menopause.

They said they got it all. Annie handled the chemotherapy and radiation quietly, like she did everything, moving on as though nothing had happened. Then, when Mick thought the time was right, and the sentiment needed to be spoken out loud by one of them, he asked Annie what she thought about adoption. She’d touched his cheek and smiled that lovely eloquent smile of hers and said,

‘God has other plans for me, darling.’

Yeah, well the good Lord sure did have other plans for his beloved Annie.

She gave in to the Almighty’s lifetime of nagging to go and join Him. She did it quietly, the way Annie did most things. No fuss, no mess, just a short note.

She hadn’t left it in an obvious place. Not like the guy lying at his feet. In fact, he’d found it by accident, although he knew deep down that Annie had planned it this way. It was not an announcement or a detailed reason for her actions, or an apology. It was just Annie leaving a note. Like the notes she’d stuck to the fridge with his dinner instructions if she’d not been there when he got home – or more often, when she’d been long asleep by the time he finally had.  Sometimes she would just leave a note on the kitchen bench alongside a slice of his favourite pie with a simply drawn heart and a scribbled, “your reward for a hard day’s work. I love you”.

He was in the coroner’s office two days after her passing, when he found the note in his jacket pocket, along with the spare reading glasses he kept there. Big burly Detective Inspector Mick Green had broken down right there, blubbering like a baby, babbling like a fool and blaspheming like a true heathen, until they’d pried his fingers from the balled-up paper, and calmed him with a mild sedative.

You’ve given me so many years of pure, unconditional love, and I have never wanted for anything. Now, I need to ask you for one last thing.  I want you to please forgive me this sin. I made this decision. I asked God and He gave me the strength. You need to ask your God for strength too. I know it doesn’t make sense right now, but I didn’t want you to suffer any more. Think about it darling, seeing you in pain because of me was only making it worse. You’ve been through enough, and so have I. Every moment of our life together has been my reason for going on. Now you need to live life for both of us. I’ll always be with you my love.

The coroner’s report had given the cause of death as: “Poisoning caused by overdose of self- administered barbiturates.” Then there was the note at the bottom of the report…almost like a casual afterthought. The words were a gunshot to his heart.

“…a large inoperable tumour on the left lung, secondary tumours on the right lung and pancreas, all inoperable”.

It was just like Annie. She’d never told him about this last recurrence, this most recent, relentless attack on her already frail body. Never told anybody.

He drew a long, deep breath to stifle the prickle of panic that clawed at the back of his throat. He knew that if he lost control again, a sedative would be no help at all.

Mick looked long and hard at the body on the floor. He thought about the man’s reasons for ending his life. Or anybody’s reasons, for that matter. Not much different to Annie’s really, unless you wanted to be a judgemental prick about it. Realization emerged like a new dawn. If he thought of cowardice as just bravery on an empty tank of gas, he could come to terms with it. Annie was braver and stronger than anyone he had ever known in his entire life. He knew, right then and there, that it was up to him to take the reins and honour her.

At that moment, he felt the simmering anger that had been his constant companion for a difficult, horrible year, recede. The pain in his heart, which was so intense it felt physical, abated. He knew it would always be there, and if he was honest about it, he didn’t want it to disappear completely. But he was going to try damn hard to do as Annie had asked, and get on with living, instead of just existing. He owed her that, and at least it was a start.

The photographer re-entered the room, looking as if he’d just parted company with his lunch.

‘Yeah, I’m fine. Sorry. It takes a bit of getting used to – the sight of death I mean. Not sure if I ever will. I wonder what made the poor bastard chuck up the sponge? Nothing could be that bad. Could it?’ 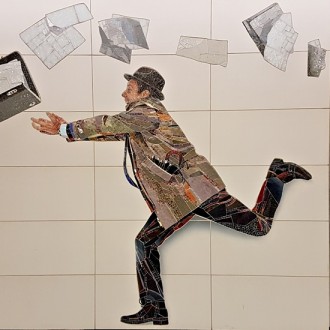 “I would give the greatest sunset in the world for one sight of New York’s skyline. Particularly when one can’t… 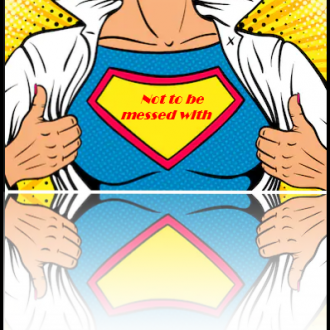 We’re all invincible, right? We take for granted our journey through life. We try to stay on the road called…
wpDiscuz